This beetle was present in the garden up until 2018, where it lived in a group of three to five individuals in the Lavender plants. I haven’t found any eggs or larvae in previous years  jaren so I suspect they come to the garden.

Hopefully they return this year because it sure is nice to have these as permanent inhabitants.

The beetles have returned in 2019, again five specimen including a copulating pair. 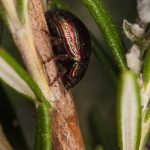 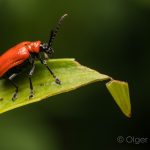 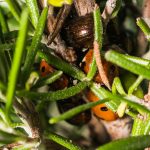