This grasshopper was resting in Broad-leaved sweatpea.

Bush crickets are rather abundant in the garden but representatives from the grasshopper family are scarce, so it’s nice to find one. No idea yet which species or gender it is.

At first i had identified it as Chorthippus bruneus, a different strongly resembling species.  The males can be distinguished between these species but the females are difficult. Grasshopper are also identified based on their song, unfortunately that won’t help us much here ….  😋

So what are the differences between these two species? In the composite photograph below the main characteristic of the Bow-winged grasshopper are shown based on the literature [1] . 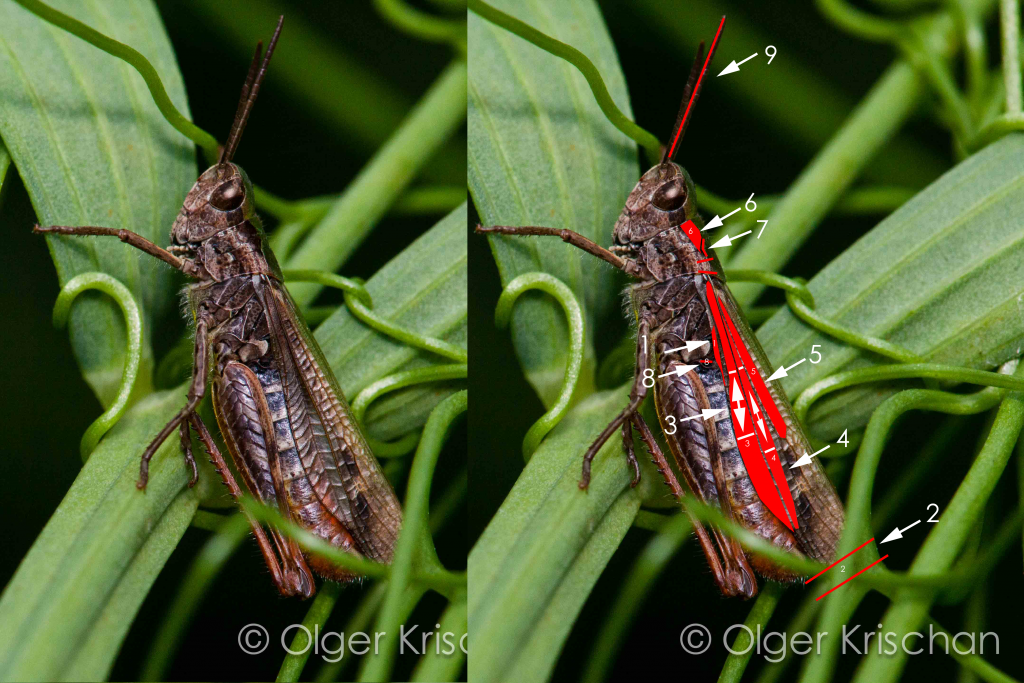 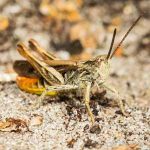