This species arrived in the Netherlands around 1980 and its original spreading has been related to hicking on motorized vehicles. According to Waarneming.nl2 this species has spread throughout the Netherlands.

This grasshopper is easily recognizable:

Genders can be recognized from:

6. the female has an ovipositor
7. the male has very long cerci with a point at the end 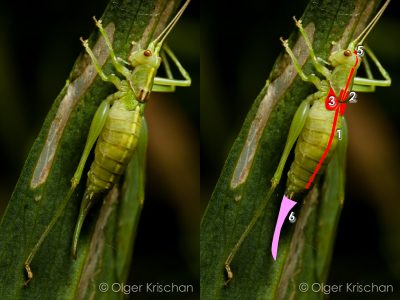 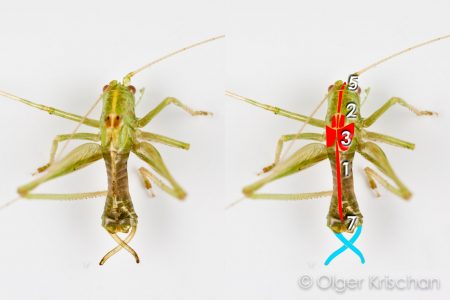 This species resembles the Oak bushcricket (Meconema thalassinum), but that species has wings1. The nymphs of these two species are similar and in this case too the wings are a differentiating factor as the wings of M. meridionale are reversed. The hind wings have a characteristic parallel artery pattern1. 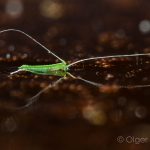 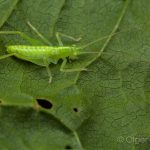 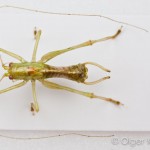