Brightly colored Cuckoo wasps (Chrysididae) are another group of wasps who are parasites on bees. These nervously moving wasp are always present on and around the hotels and inspect all the holes carefully. 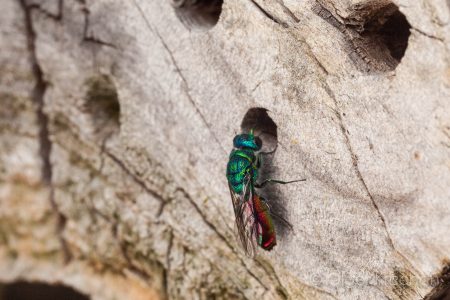 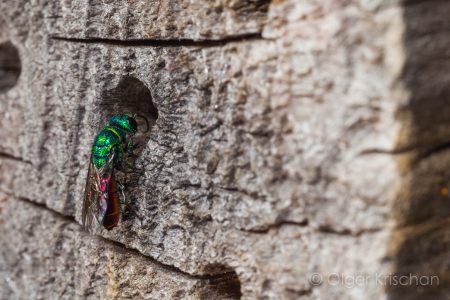 They are very beautifull and spectacular colored wasps, but the colors are often variable within a species and there are many similar species that sometimes differentiate only on subtle characteristics1.
A surprising characteristic in this family is the crown on the 3rd of 4th tergite. This crown can have different sharpness and arcs between the points, which is one of the indicators towards the proper family. 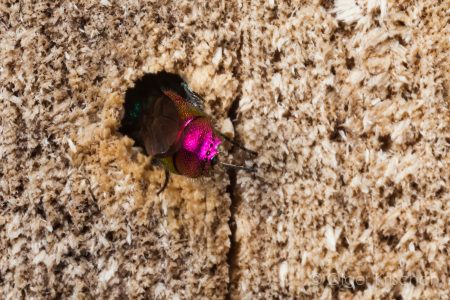 1 PAUKKUNEN, Juho, et al. An illustrated key to the cuckoo wasps (Hymenoptera, Chrysididae) of the Nordic and Baltic countries, with description of a new species. ZooKeys, 2015, 548: 1. 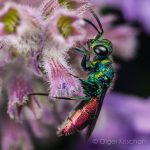 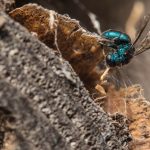 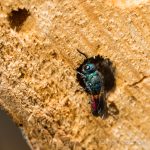 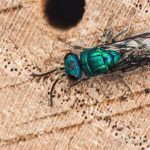