This female Auplopus carbonarius [1] dragged a caught spider across the garden fence. On top of one of the poles in the fence she stopped a moment to rest and touch the spider, when suddenly a second specimen appeared that tried to grab the spider. However the female secured her prey in a reflex and flew backwards away from the assailant.

The spider, a sac spider Clubiona sp. (det. Joost Vogels), had all her legs on the right side and one leg on the left removed by the wasp prior to the moment of observation. 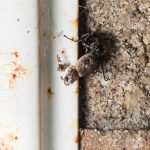 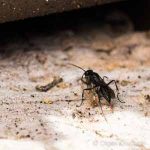 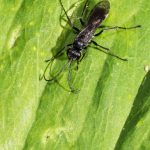 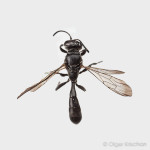