I found this overwinterer, an Angle shades (Phlogophora meticulosa) [1] caterpillar, on Common mallow (Malva sylvestris) but it did not seem the caterpillar had eaten from the plant.

However, in the following days the caterpillar could be seen on a different leaf and the surrounding leafs had clearly been eaten. The larva clear grew and I found turds, which can be seen on the photo below.
Common mallow is a host plant after all. 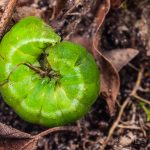 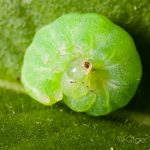 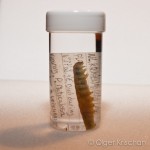