2019 was a good year for the garden project. The diversity in species in all families, with the exception of butterflies and moths, has shown a substantial increase in comparison with previous years. I think this is primarily as a result of the development of the garden as a whole judging by the number of insects that I had not seen before, whether it be in the garden or elsewhere.

I did spend more time in the garden observing insects so the chances of spotting something new increases of course. So potentially some of the new species were already present in previous years but I had just missed them. On the other hand some of the new garden species are not to be missed and were present for longer periods of time so I tend to think they are therefore new this year as a result of the garden development.
The bee hotels attract an increasing number of new species, the stacked stone walls seem to have a positive effect on ground beetles and ichneumon wasps, and the plant diversity, which is still mediocre to my taste, attract more grazers and their hunters.

I will pay more attention to the development of a greater diversity of flowers and plants and will continue the effort of converting the garden into a drought resistant garden that is less dependent on water.

All in all it was a good year.

Below is an overview of the most remarkable guests in 2019.

The nicest observations for me were:

An honorary mention goes to the European orchard bee that nested for the first time in the bee hotel this year.

A large number of wasps was active of which a large part consisted of Diggerwasp species. Especially the bee hotel attracted a few nice species, but also some observations of species foraging on plants in the garden.

An honorary mention goes to the European paper wasp, a very nice wasp that visited the garden for some nectar.

This year presented a larger number of Ichneumon wasps with some striking larger and numerous medium to small species. Especially the large number of Spider wasps was remarkable.

The most special observations were:

The butterflies were weakly represented this year with mainly Whites and European peacock, the latter in more numbers than before. The Painted lady visited the Netherlands in massive numbers in 2019 and also in the garden a relatively large number of specimen were present. The species even reproduced in the garden. I did not find eggs or larvae of other species which is kind of a disappointment.

The Small tortoiseshell, a common butterfly that was seen less throughout the Netherlands this year, and the always special Small copper were the most “special” observations.

Really remarkable was a Common blue that laid eggs on Great burnet. The relation with this plant is unknown and unfortunately it has not yet possible for the admins on Waarneming.nl to validate it. I hope for a rematch this year and will keep an eye on the species and the plant.

Moths were represented by a number of smaller species but the larger ones like the Silver Y were noticeable less well represented in comparison to previous years.
The nicest observation was the new garden species Meadow longhorn
(Cauchas rufimitrella).

This group was well represented this year.

Especially the Blacktailed skimmer, the males as well as the females, were present the whole season. Most special was the Norfolk hawker, a species that I had not seen before.

Among Damselflies the common Variable damselfly and de Common winter damselfly were the most special to me. The latter I had not seen before.
The large red damselfly disappeared unfortunately, normally the species would reproduce every year in the pond.

True bugs did well this year with an enormous increase in species. It is not my primary focus group so some species have not been recorded. In this group I do try to note the Shield bugs.

The Shieldbugs have shown an increase of, although common, species among some which I had not seen in the garden before:

Grasshoppers and bush crickets were less present this year. Even the common Souther oak bush cricket was observed only a few times where it normally is present in large numbers.

This order is in general less represented in the garden and most specimen are bush crickets.

What was noticeable were the amount of ground beetles foraging the garden floor.

I’ve not processed the photo backlog for beetles this year. 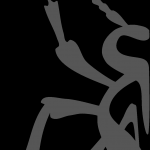 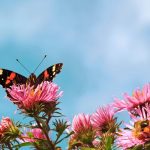 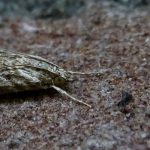