A new visiter hunting in the garden: a female European beewolf (Philanthus triangulum) [1] with a freshly captured Honey bee.

I’ve described her hunting method in the species post, see related posts at the bottom.

Two weeks later I found her what appeared sitting in the Hemp Agrimony but it turned out she was dead.

I’ve added her to the garden insect collection, here. 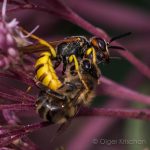 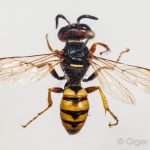 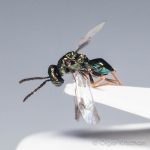 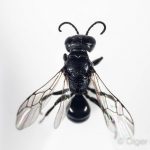